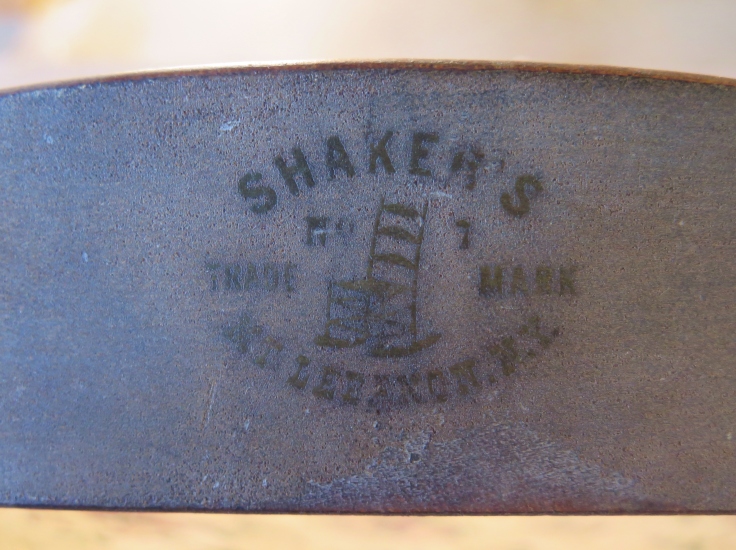 This past spring I found an original Shaker #7 rocker dating from the late 1800’s. These chairs are really not what you would call rare, they seem to turn up pretty often. This one is what is usually referred to as a production chair, made at the Mt. Lebanon, NY. Shaker chair factory.

I was thrilled to get this chair not so much because it was in great condition, it wasn’t, but because the hide glue holding it together had probably given up around the time Truman was president. The upholstered seat that had replaced the original tape one at some point in the chairs life was all that was holding it together. I had been hoping to find just such a chair that I could disassemble without damaging and make patterns from.

After the seat and the four screws attaching the rockers were removed, a few mallet taps here and there were all that was needed to get the chair’s 25 parts separated. 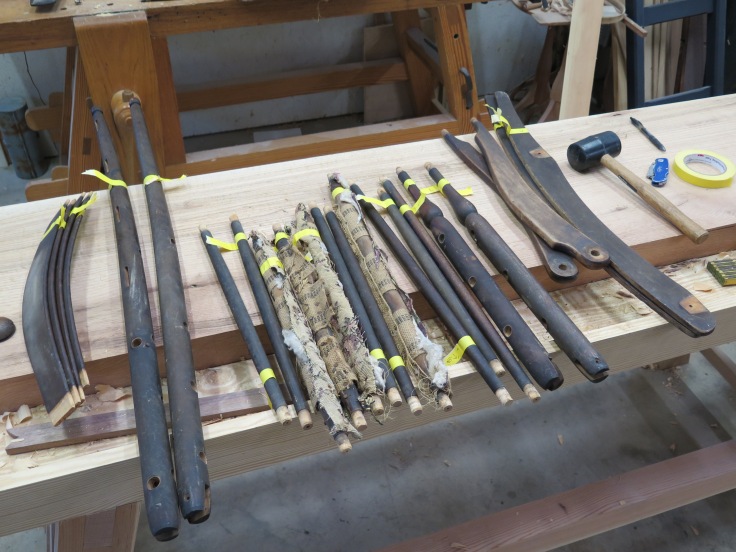 I had to make two replacement parts for the chair, one seat rung was broken with an old repair and I also turned a new mushroom cap to replace a missing one. I then re-glued all the joints with fresh hide glue and assembled the chair. The finish was badly dried out varnish, I lightly cleaned it with an ultra fine Scotch-brite pad and then wiped on a coat of oil. After the oil dried, a couple of coats of wax gave the old finish a nice sheen. Last but not least, a new tape seat to replace the missing original.